Last week in San Antonia, Texas, there was a really sad scene unfolding outside a home. The only witness to the entire situation was a doorbell security camera capturing every second of the incident, unfolding. You can only be disappointed after watching the clip. Lisa Norwood who is a spokesperson for the Animal Care Services explained how in the video what we initially see is a simple day to day activity of walking your dog. This woman can be seen going out with her dog, and then suddenly stopping mid-way. It is only then she starts behaving rather oddly.

The bizarre woman puts down a plastic bag full of kibble on the street. Her brindled pit bull merely watches her actions patiently, and expectantly, till the woman goes a step further and ties her dog to a pole. The dog put her best behavior – excitedly wagging her tail so that they can resume their walk. But her owner is busy tying her up to the basketball pole. All of the happy disposition of the dog soon starts fading when she realizes that she has been tied there, while her owner has picked up her pace, abandoning the sweet dog behind. 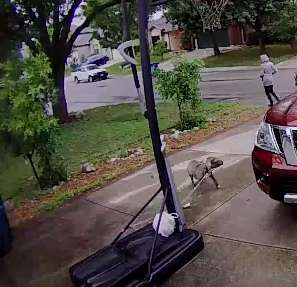 The dog, clearly frightened and thoroughly confused, tries to escape from the metal basketball pole. Norwood also points out how desperately the dog tried to undo her leash so that she could run after mum. But alas, all of her efforts were in vain because she was tightly tied to the pole. The fear set in deep and she could not process this entire sequence of events. She just wanted to get back with her owner.

The owner of the suburban house soon returned after running a couple of errands. She was surprised to see such an adorable dog tied up to a pole – abandoned without not even a proper note left behind. The dog was shaking and trembling in tremendous disbelief and dread.

The sweet pit bull was later renamed as Takis and was promptly taken to the Animal Shelters Services’ to make sure she is fully attended to. After that, anyone who has met her has fallen in love with her terribly jovial nature! Everyone is just left with the same question that how someone can abandon such a wonderful and sweet dog just like that! 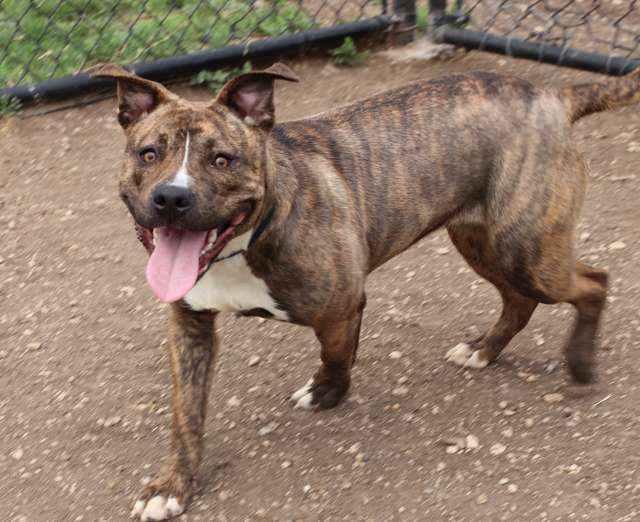 She is a wonderful companion who is not only a pleasant playful dog, but also possesses very good manners. He is trained and extremely well-behaved even on a leash. She does not throw fits like many other abandoned dogs. 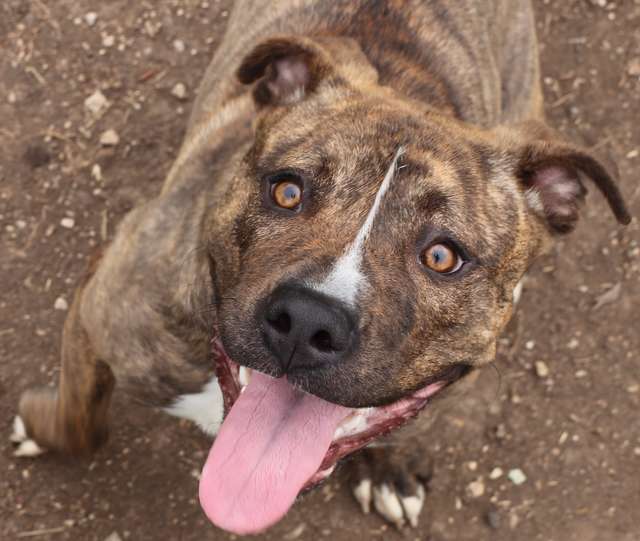 Norwood is thoroughly impressed by her good-natured self. Why Takis was abandoned is the mystery that is still quite unsettling. Who knows what terrible circumstances her mother might have been going through? Investigators are trying to find her.

As for Takis, she is truly a wonderful dog. On her first meeting, she got an adoption application. Let’s hope she gets a good home for her too.