Many environmentally conscious people re-boil the same water over and over again until the kettle is empty so they don’t waste water resources. However, although their intentions are valid, we’re going to show you why it’s best to use a fresh cup of water for that cup of tea you’re planning to brew. 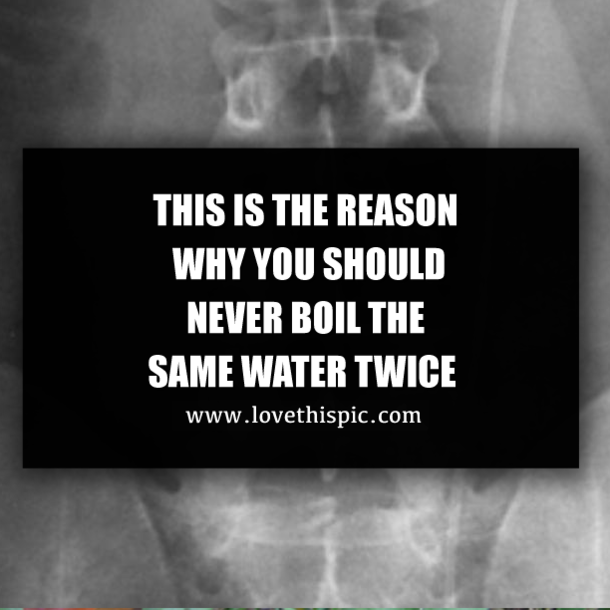 Now you’re probably thinking that it’s all nonsense – after all, boiling purifies the water, so there’s no harm in re-boiling it, right? Well, no – in fact, re-boiling water does the opposite. When you boil water, besides the steaming and bubbling, there are also some reactions happening on a cellular level. By re-boiling the same water, its oxygen content changes, which allows potentially dangerous compounds to accumulate in it. This is why tea brewed with fresh water always tastes the best. Of course, boiling water is a great way of eliminating bacteria, but re-boiling water can make arsenic, fluoride and nitrates accumulate due to the change in chemical structure. Fluoride is especially dangerous, as many studies have linked it to nervous system and brain disorders. The minerals in water don’t evaporate during the process, so re-boiling water leaves a crust of minerals behind. By regularly consuming them, you are increasing the risk of several health problems. This is the reason why you shouldn’t re-boil water, and this also depends on how clean your tap water is. Using bigger amounts of re-boiled water for a prolonged period can result in numerous health problems, so if you boiled too much water and used half of it, use the remaining half on your plants instead of saving it for later use. As you can see, you should always use fresh water for your tea – it’s healthier for you and will make your tea taste better as well.