Numerous people are shocked after learning about the new terrifying trend in China, and animal activists are extremely upset.

People in China keep live fish, turtles and several other amphibians as keepsakes on their keychains. The animals are in small plastic bags with just enough water to allow them to survive.

The bags contain a small amount of crystallized oxygen and other nutrients, yet they still are tiny prisons for the little animals. 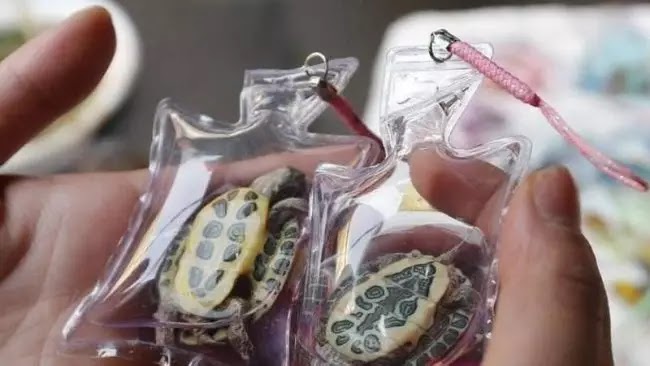 Tourists can select from salamanders, terrapins, and fish as their “pets,” that are sealed up in the small airtight plastic bubbles filled with fluorescent, oxygenized water, and a single food pellet to keep the animals alive for up to three months.

Furthermore, Dr. Sam Walton, a former research lecturer at University Malaysia Terengganu, explained that there may be enough oxygen and food in the plastic casing, yet the animal waste from digestion and respiration is toxic and will eventually kill them. According to Healthy Food House, they poison themselves with ammonia. 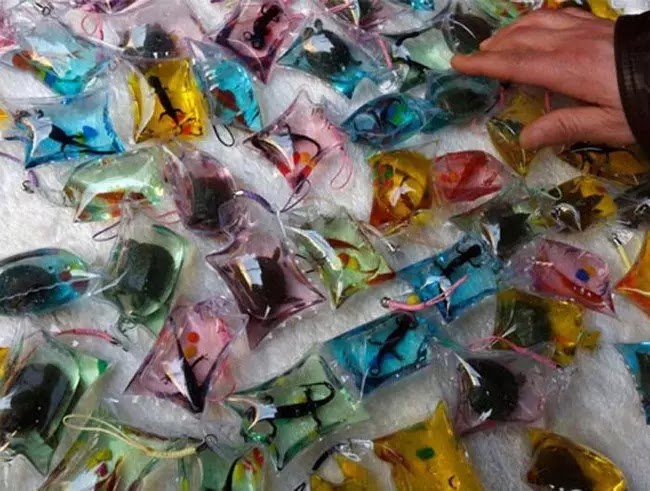 If their owner wants to save their life, they should cut it out of the plastic. Sadly, but that’s rarely the case, as some keep the keychains until the animal dies, and then throw them away.

The strange keepsakes are sold for $1.50 on subways and train stations. 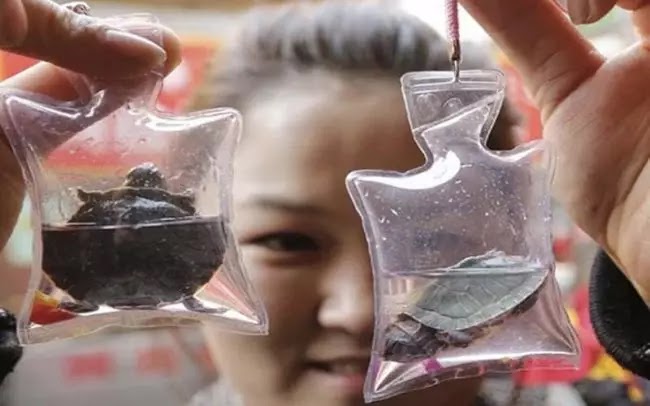 As Qin Xiaona, director of the NGO Capital Animal Welfare Association, reports, those souvenirs are legal as only wild animals are protected in China, and those animals do not fall under that classification.

However, over a million supporters signed the petition to end the sale of those disturbing keepsakes. 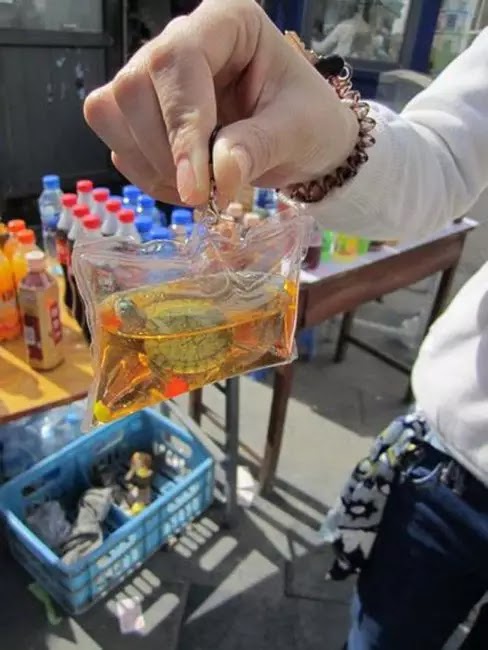